The pace at which innerwear is dominating the fashion industry has made quite an uproar. With female innerwear holding its biggest share, it’s no surprise that innerwear has redefined the fashion world. Innerwear is no more intimate apparel, it can be used even as outdoor wear.

The trend of being dependent on big fishes for the manufacture and sale of innerwear is fading gradually. Small independent retailers have noticed the gap and are quickly filling it by directly addressing those targeted group that has not been addressed optimally in the past.

The Internet has played a big role in voicing the need for such groups and retailers are now taking advantage of the same platform to create innerwear that suits an individual’s needs. This more personal approach has, in turn, brought about positive feedback, and groups like LGBT have been now included in the innerwear world.

The availability of the gender-fluid innerwear has made the shopping of innerwear very convenient and less stigmatizing for people who identify across genders and the transgender population. The fact that the fashion industry and the innerwear world has come up with inclusivity as the new theme, has opened up opportunities for manufacturers and retailers.

The small but significant players are now getting more recognition in this segment of clothing item. The fashion industry has accepted the recent change in the definition of nude innerwear . Now, the new nude has involved those women who did not necessarily fall into the pale skin category but rather there is a matching shade of nude for every skin color.

The fact that the upcoming innerwear can simply be worn under a jacket without worrying about adding layers to hide the underwear, has not only made underwear more popularly bought garment but also has greatly enabled people to cut down the cost of purchasing multiple wears. The fashion stores are now packed with sections for such innerwear as they have become part of the modern day-wear shopping.

Globally, the innerwear market is worth over $30 billion and has been dominated by the Western world with America and the UK holding the charge. It is no news that Victoria’s Secret changed the view of innerwear from a taboo to a daily necessity. This American Company is the largest innerwear retailer in the US and has seen many competitors from different countries but is yet to have a replacer and so is considered the King in the innerwear market.

Few brand names in the innerwear world are quite popular. Mark & Spencer from the United Kingdom hold a significant 26% of market shares and have made quite a reputation for themselves. Calvin Klein, DKNY and Jockey are few such names that have been a popular choice even among the developing world.

Although the western world dominates the innerwear market, Asian countries are also in the game. China has built a name for itself in the undergarment world with its trendy and stylish designs. The Chinese innerwear market value stands at around $2.3 billion. One of the top innerwear manufacturers and the market giant is the La Miu, which is nicknamed the Victoria Secrets of China. The Chinese women being petite, aspire to look innocent and cute rather than sensual and this is what the top manufacturers exploit on. 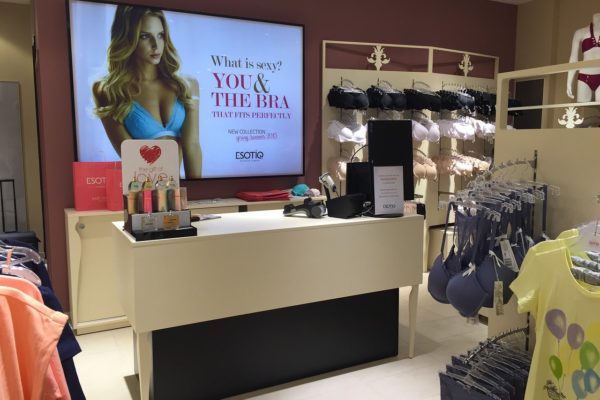 The pace at which innerwear is dominating the fashion industry has made quite an uproar.[…]